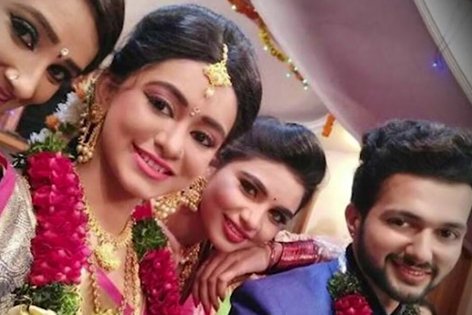 Popular TV actress Naga Jhansi who was known for her role in Telugu TV serial Pavithra Bandham, was found hanging at her Hyderabad residence. The actress reportedly committed suicide on February 5 and the one name that was highlighted in the news was his lover Surya aka Nani’s, and now the reports claim that Surya has been booked for abetting Naga Jhansi’s suicide. Since there was no suicide note to be found, the police tried checking for her two phones for the evidence. While they couldn’t get through her iPhone, they managed to check her Samsung phone. According to the reports “On the day of suicide, Jhansi had called Surya and spoke to him. Surya spoke to her curtly complaining that she did not call him for two days and disconnected the call. Subsequently, he did not answer her phone calls as he was busy at the workplace,” Panjagutta sub-inspector (ISI) Chandrasekhar said. According to the ACP, the family of the late actress claimed that he also arranged an additional Rs 3 lakh from a money lender. The family of Jhansi even alleged that she had gifted him Rs 1.3 lakh worth bike, however, Surya told that he received a pre-owned bike worth Rs 50,000 as a gift on his birthday. The mother of late Jhansi even said how Surya asked her not to work in TV serials, while Surya said despite his resistance Jhansi continued to work in TV serials and also went to Chennai without informing him.

Based on the statements of the victim’s family members and friends, police booked Surya under Section 306 (abetment to commit suicide) and 417 (cheating) of the IPC.