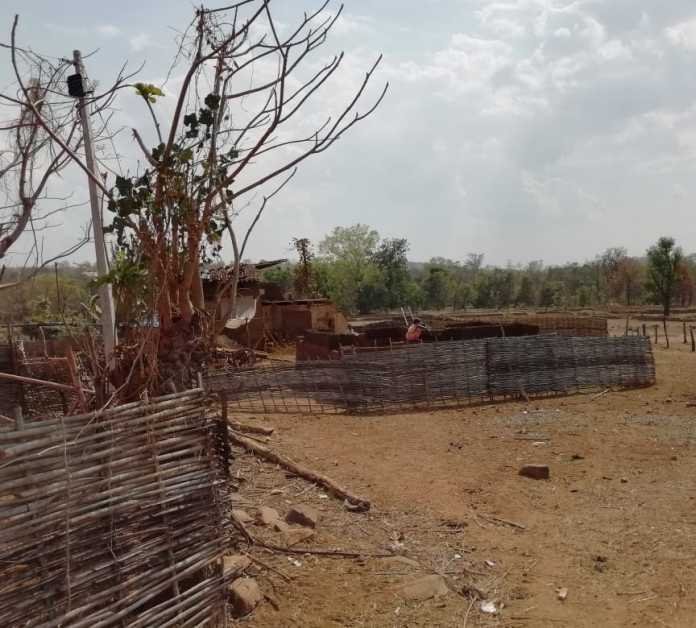 Naxalites’s Red Corridor passes through the borders of the states, the raw roads and the jungle.The Naxalites are often successful in escaping other states. The lack of coordination among police of different states becomes easier for the Maoists to flee.

Balaghat district of Madhya Pradesh is considered to be Naxal affected. It comes under the Red Corridor which is also connected to Chhattisgarh and Maharashtra.

Kattipar is a village in Balaghat district. Baga tribe Bahlulya has hardly 35 houses in this village and about 200 people live.This village is considered as Tri Junction which touches the Gondiya district of Maharashtra and Rajnandgaon of Chhattisgarh. Naxalites often come to this village. This village is very backward.Bega caste people are extremely poor and ordinary.

There is also a river in this village . Naxalites stay in this village due to the source of water. Kattipar has to go through the raw road and from here it is Sittapali police post 14 kms.

Kattipar has to go through the raw road and from there it is Sittapali Police Chowki,14 kms away. This villege from Lonji is about 34 Kms away.There is a big market in Lonji.The villagers buy goods for themselves and the Naxalites for this.

Naxalites never take their own stuff,They use the villagers for it.
Naxalites come to villages to collect their belongings but nobody knows when they will come. There is no alternative except to listen to the Naxalites for the Begas people living in poverty, backwardness and inadequacy.

Naxalites do not want to develop these areas because they can exploit the villagers and take advantage of them.
The residents of Kattipar village are forced to obey the Maoists.