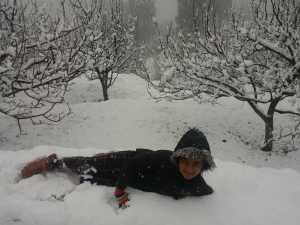 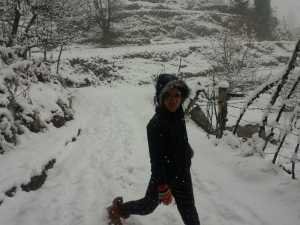 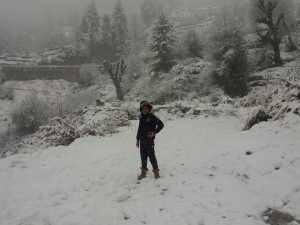 In Himachal, the meteorological office has predicted heavy snowfall in the coming days and a ‘red’ alert has been issued for today. Normal life has been disrupted due to this snowfall. Some Interior roads have been blocked. Many circuit roads, Telecommunication, electricity and vehicular movement have been disrupted in all over the region.

With the fresh spell of snowfall, the temperature fell by at least 2-3 degrees Celsius in the upper reaches. Lahaul and Spiti’s administrative centre Keylong continues to be the coldest place in the state.

Shimla: #Visuals of snowfall from the district. #HimachalPradesh (6.2.19) pic.twitter.com/ufU6eZSC4j

Snow Flakes Again In Jammu And Kashmir, Uttrakhand And Hills of Himachal

In Jammu and Kashmir, snowfall starts yesterday morning till late evening in plains. In upper reaches, it was snowing till late night all across the valley.

Snowfall in the high reaches of Jammu & Kashmir, accompanied with rains led to shooting stones on the Jammu-Srinagar National Highway, bringing the vehicles to a halt.

Tourists seen enjoying the snowfall in Sonmarg in Jammu and Kashmir. Many people from the plains flock to the hill stations in the northern states during the winters, especially near Christmas, to enjoy the breathtaking view and experience these snowfalls.